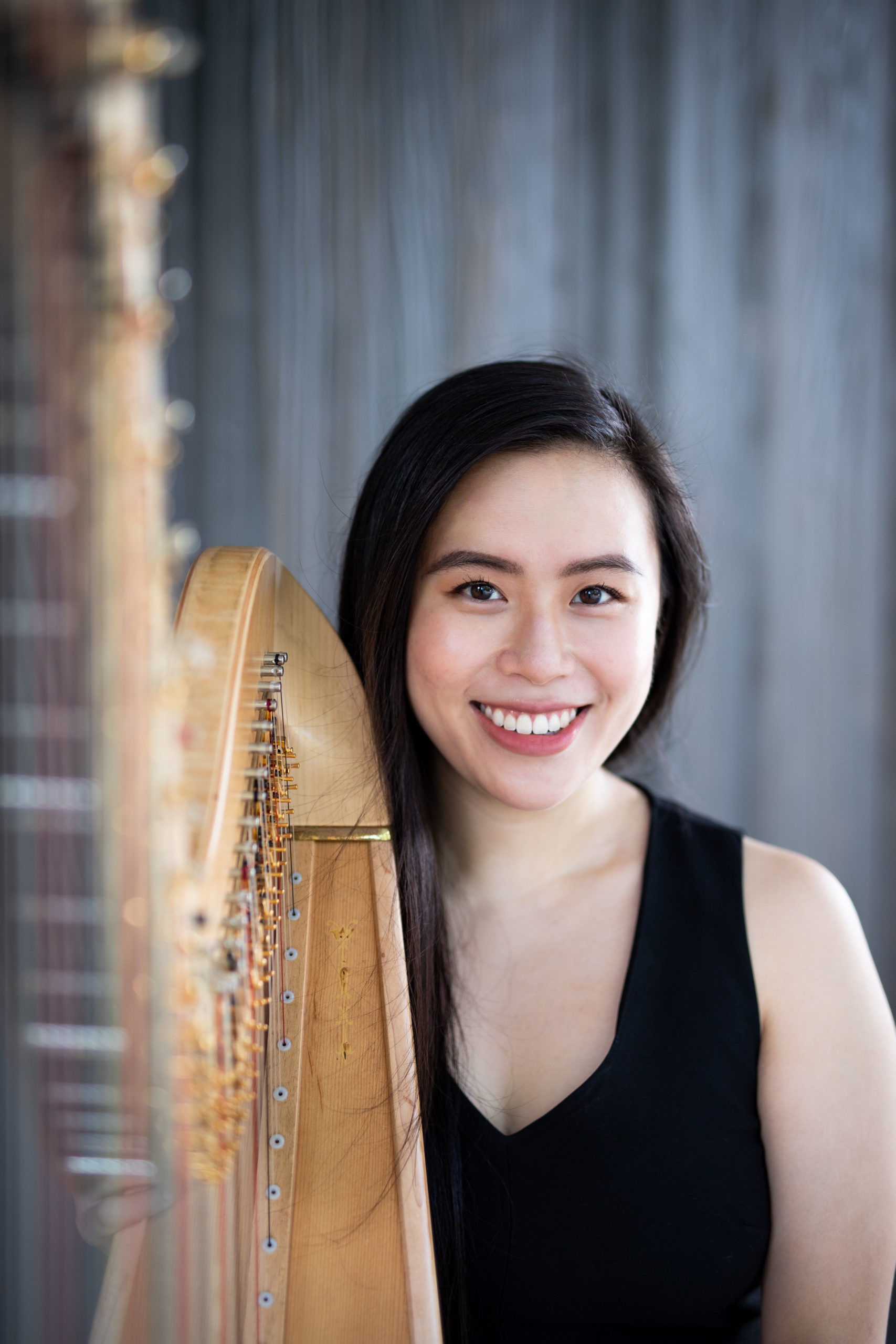 Harpist Kelsey Sham is currently pursuing her graduate studies at Rice University and completed her undergraduate degree at the Oberlin Conservatory of Music, where she also earned a minor in Music History. A dedicated orchestral musician, Ms. Sham has performed with both classical and contemporary ensembles across the United States, and has worked to promote new music and art installations. As a passionate advocate for arts education, she currently maintains a private studio and has worked with Young Audiences of Houston to increase accessibility of the Fine Arts to underserved schools. In 2019, she was named a Fulbright semi-finalist for her proposal on multidisciplinary performance to merge modern Taiwanese culture and classical harp, and also was awarded the Sviatoslav Richter Fund for Music Outreach, with which she introduced folk music to over 100 children in the Greater Houston area. Most recently, she was named a Young Artist for Da Camera of Houston, and performed at the Opening Gala of the Kinder Building at the Museum of Fine Arts of Houston.